After his commanding performances in a season to remember for Ajax, de Ligt was one of Europe’s hottest properties.

As was noted by Sky Sports when de Ligt signed for Juventus for a reported €75M, both Manchester United and Barcelona were linked with signing him.

Barcelona, having missed out two years ago, appear keen to right that wrong, as El Chiringuito report that both Joan Laporta and Ronald Koeman would like to see de Ligt move to the Nou Camp this summer. 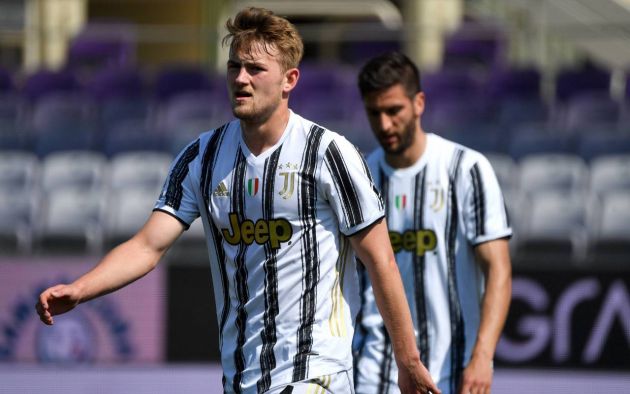 Matthijs de Ligt could be pursued by Barcelona this summer.

Details are scarce, so it’s unclear how much Juventus would demand for de Ligt, nor is there any indication of how much Barcelona would be willing to pay.

Even if de Ligt has not always been a starter during his two-year stint in Turin, it’s hard to imagine Juventus being prepared to sell him for a substantial loss.

If Barcelona want to get this deal done, they’ll probably be forced to write a hefty cheque.