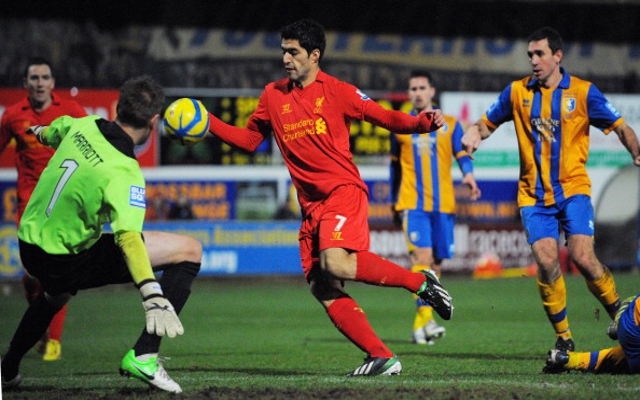 Tardelli keen to see Liverpool striker in black and white.

Check in to Juventus vs Celtic

Juventus legend Marco Tardelli is urging the club to sign Liverpool striker Luis Suarez according to The Daily Mail.

Suarez has been in outstanding form for Liverpool this season and is attracting attention from a number of top European sides.

The Uruguayan was recently linked to Bayern Munich, with soon-to-be manager Pep Guardiola an outspoken admirer of the player.

Tardelli has now revealed he would like to see Juventus compete with Bayern for the player’s signature come the summer.

‘It’s obvious that a striker who scores 20 goals a season would be a good addition for any team. Good players are not cheap though.

‘Suarez would be ideal due to his power, technique and directness, bud I’d say signing him could be a complicated matter. [Gonzalo] Higuain could be a more realistic option.’

Juventus are currently six points clear in Serie A but are keen to secure a big name signing to push them up into the European elite. They are desperate to once again compete for the Champions League title following a turbulent spell after the Italian match-fixing scandal.

Suarez is rumoured to be ready to consider a move as he seeks to compete for the game’s top prizes. While the player has enjoyed his time at Anfield, the club’s continued absence from European competition may be enough to persuade Suarez of the benefits of plying his trade elsewhere.