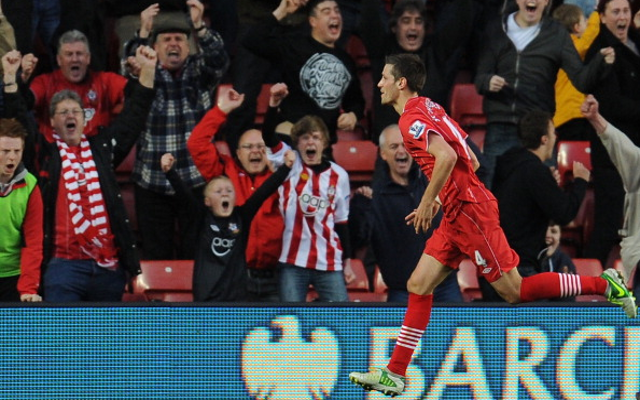 Arsenal are readying a £10m bid to sign Southampton midfielder Morgan Schneiderlin according to The Sun.

The 23 year old Frenchman is into his fifth season at St Mary’s and having helped the Saints to complete back to back promotions the battling midfielder is proving himself more than capable of making an impact in the Premier League. Now Arsene Wenger is sniffing around the former Strasbourg player with a view to bringing in the Southampton man to add some steel to his Gunners midfield.

Wenger has happily shopped at Southampton before, signing Theo Walcott and Alex Oxlade-Chamberlain in recent years, and is hoping to lure the former French Under 21 international to the Emirates Stadium this sumemr.

The fact that Schneiderlin originates from the same Strasbourg side that Wenger represented may also help in his pursuit of the talented youngster who may feel that a high profile move could help him to secure senior national team honours having represented his country at every youth level but still awaits a first international cap.

Arsenal could well do with some extra bite in their midfield, not least because Abou Diaby is once again laid up with a long term injury.

Schneiderlin has made 189 appearances for Southampton since his £1.2m move to the club in 2008 and has been a virtual ever present this term.