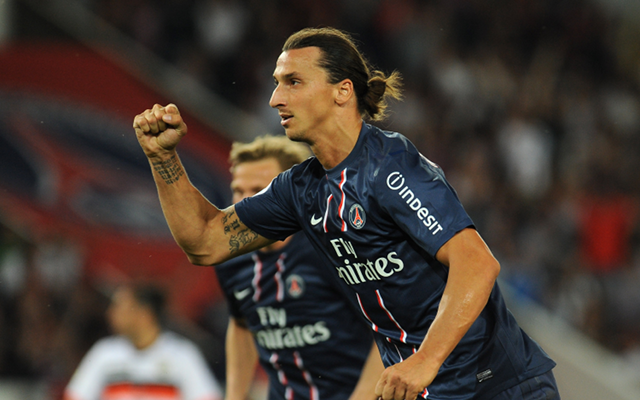 Turin return on the cards?

Italian source TuttoMercato claim that Swedish forward Zlatan Ibrahimovic is set to leave PSG this summer with a return to Juventus looming large for the prolific marksman.

The 31 year old has had an excellent first season at the Parc des Princes, netting 32 goals in all competitions, leading PSG to an inevitable Ligue 1 title, their first in almost two decades, as well as the Champions League quarter-finals. However the 6ft 5in striker may feel he has some unfinished business to take care of in Turin.

The much traveled attacker left Juventus in the summer of 2006 after they were demoted to Serie B for their involvement in the Calciopoli match fixing scandal. Ibrahimovic had enjoyed two seasons at the club before fleeing to Inter Milan where he collected three Serie A crowns in his three seasons at the club before once again moving on, this time for Barcelona, before a move to AC Milan that then resulted in a big money switch to Ligue 1 big spenders PSG.

With Juventus once again on the ascendancy Ibrahimovic is clearly happy to return to hand Antonio Conte the much needed star striker to spearhead his side.

It’s a move that would cost Juventus a hefty price as PSG are clearly not going to be keen on losing their star turn and are under no financial pressure to do so.