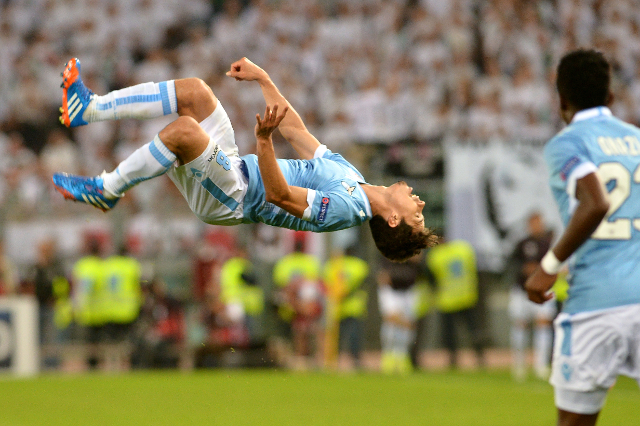 Arsenal are reportedly tracking Lazio star Hernanes and are readying a £25m bid to secure his services according to talkSPORT.

Though one would have thought that the North London club have more than enough creative midfielders in their armoury it could well be the Brazilian’s ability to push forward and contribute with his fair share of goals that attracts Arsene Wenger.

The 28 year old could perhaps be tempted by a move to Arsenal, where he would secure Champions League football, though Lazio are thought to be after at least £25m for the former Sao Paulo man.

Hernanes is very much a fan favourite and has enjoyed his time in Italy. The central midfielder is into his fourth season at the Stadio Olimpico and has racked up 141 appearances for the Rome based side, scoring 40 goals in the process.

Barcelona chief in Italy to run rule over signing of Juventus star Paul Pogba May 21 2015, 6:42
Juventus