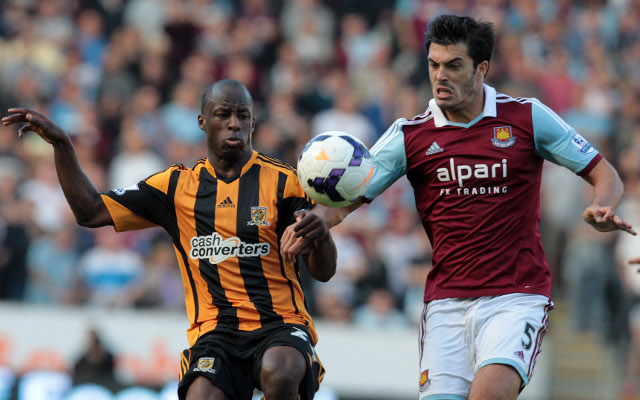 Englishman still harbours dreams of going to next summer’s World Cup with the Three Lions.

Check in to Sunderland vs Newcastle United
West Ham United defender James Tomkins has become unsettled at Upton Park and is considering quitting the Hammers when the winter transfer window finally opens again for business in the new year, according to reports in the Mail on Sunday.

The former England Under-21 international was initially overlooked for the first team at the start of this season by West Ham head coach Sam Allardyce, with the 24-year-old having only recently been recalled following a spate of injuries suffered at the back by the east London club.

However, despite having featured in West Ham’s previous three top-flight encounters, it is understood that Tomkins is still pondering leaving the club in January, with Newcastle United said to be interested in the centre back.