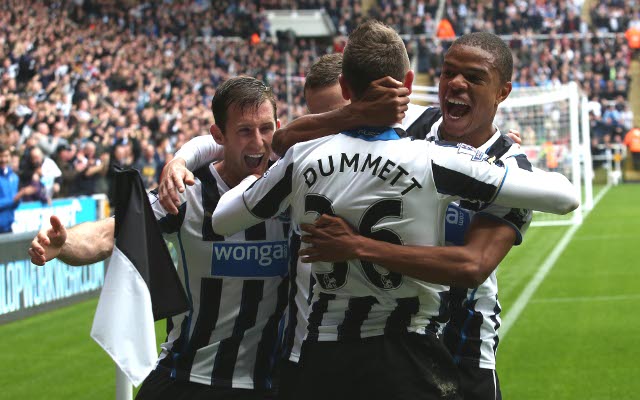 Magpies see a bright future in the north east for youngster.

Newcastle United are planning on offering promising young defender Paul Dummett a new long-term contract to keep the Welshman at St James’ Park until 2019, according to reports in the Daily Mail.

The Wales Under-21 international recently came to prominence after scoring his first-ever goal for the north-east giants in their 2-2 home draw with in-form Liverpool in the Premier League, with Dummett having featured against the Reds following the sending-off of fellow centre-back  Yanga Mbiwa.

And so far, the 22-year-old has appeared in a total of five matches in all competitions for the Magpies, three of which have come in the Premier League, with head coach Alan Pardew understood to be a big fan of Dummett’s after the central defender turned in a number of impressive displays at the back for the club so far this season.

As a result, it is believed that Dummett is set to be rewarded for his eye-catching defensive performances in this campaign with a bumper new long-term deal to replace the player’s current contract at the club, which now only runs until June 30 2014.

And Newcastle hope to be able to tie Dummett to St James’ until 2019 in order to ward off any potential interest in the Welshman from rival Premier League clubs.