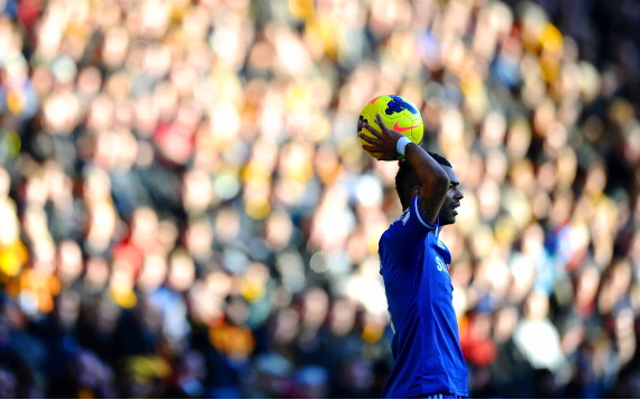 Stamford Bridge wide-man could make surprise move back to the Emirates Stadium.

The Daily Mail today claim that veteran Chelsea left-back Ashley Cole could be an Arsenal target this summer.

The 33 year old England man is out of contract in the summer and with Cesar Azpilicueta having forced his way in front of the Blues star in Jose Mourinho’s pecking order it seems that a new deal may not be forthcoming and therefore the experienced defender will no doubt have his pick of suitors when he leaves Stamford Bridge on a free transfer.

A move to Arsenal is perhaps not out of the question but perhaps a crucial point to bear in mind in such a stunning return is the simple fact that Arsene Wenger doesn’t really need another left-back option at present, a point echoed by the Gunners boss when he responded to talk of a possible move to sign Cole, when he stated;

Wenger can currently call upon England youngster Kieran Gibbs and Spaniard Nacho Monreal and even has a third option of opting to use Thomas Vermaelen, so there would appear to be little reason to entertain such a notion.

Also factor in that Cole would only be offered a one year deal by the North London club, as is their policy for players over the age of 30, and a move to the MLS, or even to reunite with former Blues boss Carlo Ancelotti at Real Madrid, appear more likely scenarios in the summer.