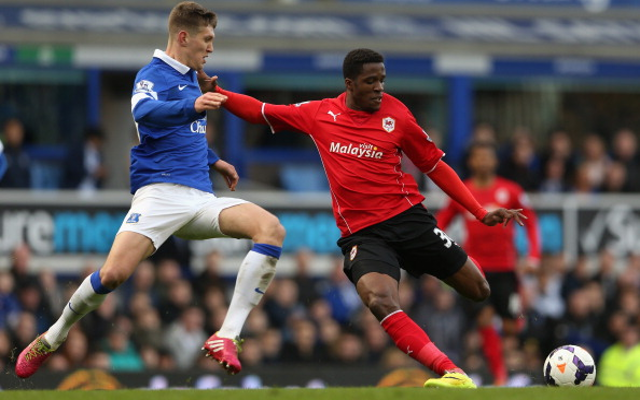 Check in to Stoke City vs Hull City

Man United forked out £15m to sign the 21 year old but by the time he joined the Old Trafford first team squad Sir Alex Ferguson had left and his replacement David Moyes doesn’t appear to value the young wide-man.

Zaha barely got a look in before he was shipped out to Cardiff City in January and one wonders if he has a future at Man United given the emergence of Adnan Januzaj and the signing of Juan Mata.

After all if Zaha couldn’t force his way into the Man United first team starting eleven when the likes of Nani, Ashley Young and Luis Antonio Valencia were struggling for form then his chances now are even slimmer.

Zaha may well welcome a move to another Premier League side, preferably one that can offer him regular first team football and Mark Hughes has certainly changed the way the Potters play the game.

Under Tony Pulis there was certainly a long ball mentality that would’ve made the need for a flying winger signing less relevant but Hughes has had a superb first season at the Britannia and a top half finish seems likely.

As well as Stoke City this source claims that Newcastle United and West Brom are keeping tabs on Zaha, who has managed just 30 minutes of Premier League action for Man United in the space of two run outs from the bench.