With the summer transfer window set to open for business at the start of July, we look at three players who the Merseyside giants are set to buy, and three they are set to offload … 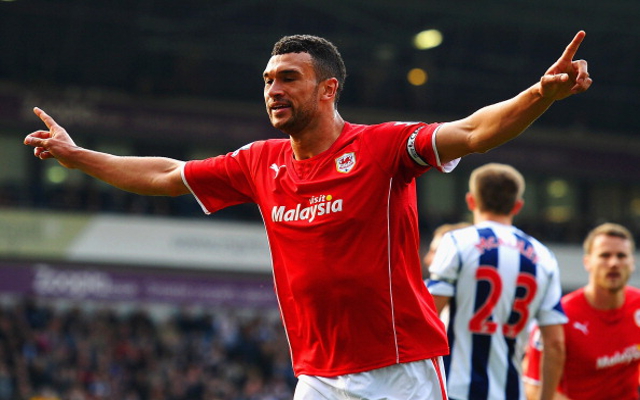 The Reds are set to purchase a young English centre back for next season to complement the three central defenders that are currently fighting for a first-team berth at Anfield this campaign, Martin Skrtel, Daniel and Mamadou Sakho, especially following the travails endured by veteran Ivory Coast international Kolo Toure at the heart of the club’s back four this year.

And the player that Liverpool head coach Brendan Rodgers is understood to be eyeing up at present is the Bluebirds’ impressive and powerful England international, someone who Rodgers also knows well from their time working together at the Liberty Stadium in the 2011-12 campaign.

And with the South Wales outfit now almost certain to be relegated to the Championship come the end of this campaign, expect Rodgers to follow up his long-standing interest in the defender by making a bid for the 22-year-old this summer.