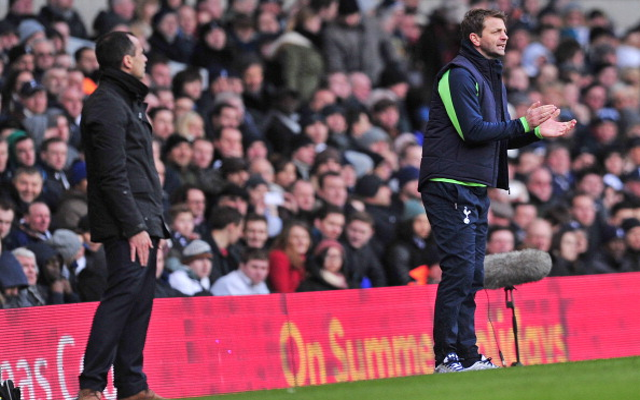 Tottenham are considering a move to lure Everton manager Roberto Martinez to take over from Tim Sherwood as White Hart Lane boss according to the Daily Star.

Given that the White Hart Lane side have failed to secure a top four finish it is perhaps unsurprising that chairman Daniel Levy would be looking to replace Sherwood though in many ways such a move would be a harsh one given the decent record the 45 year old has achieved in his brief run as Spurs boss.

Sherwood has collected 11 wins and two draws in 21 Premier League fixtures since taking over from Andre Villas-Boas in mid December.

Spaniard Martinez has done a wonderful job in his first season in charge of Everton and there seems little reason for the former Swansea City and Wigan Athletic boss to consider leaving Goodison Park anytime soon.

He has apparently been promised around £25m to invest in his Everton squad as they look to strengthen this summer.