Ten Brazilian strikers that have set the bar for Neymar.

At this summer’s World Cup the majority of the world’s eyes will no doubt be on who is leading the line for the host nation. Renowned for producing a frightening number of world class goal getters, this year’s crop of Neymar, Fred and Hulk have a lot to live up to in order to be considered amongst the names below. 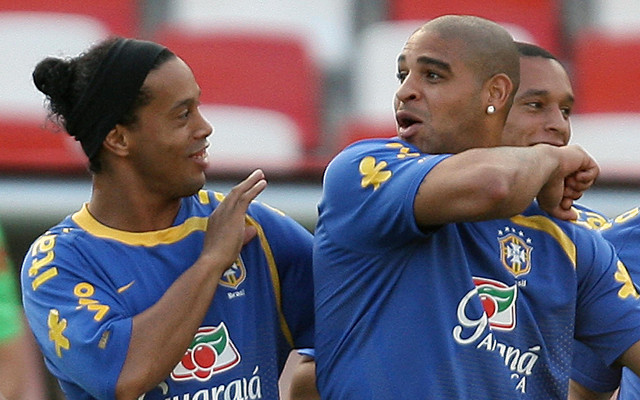 It’s easy to sneer now, but there was a time when Adriano was genuinely the most exciting striker in the world and the natural heir to Ronaldo’s throne. Having never quite made the desired impact at the World Cup, he made up for it with a Copa American victory in 2004, before following it up with the Confederations Cup a year later. Off field troubles prevented him from reaching his true potential, but he can still look back on an impressive record of 27 goals in 48 appearances for the Selecao.