Arsenal’s Lukas Podolski has had plenty of spare time this season.

The German World Cup winner has only featured in two games for the Gunners so far this term.

So, what has been doing to kill the hours then?

Well, it seems he has been checking out hot women’s butts on Instagram… 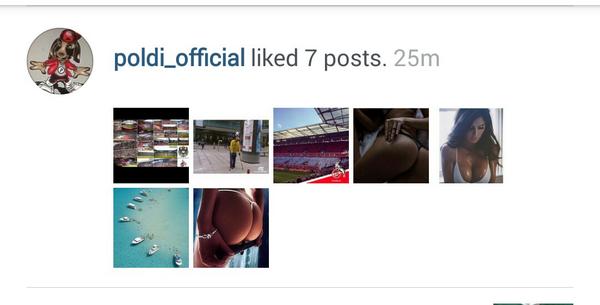