The super sub posts some pretty odd stuff on Instagram.

His latest upload was no exception. The German international shared a picture of Kim Kardashian with her bottom out.

The image, which you can see below, had been photoshopped so that the reality TV star was wearing one of Poldi’s trademark hats.

A tattoo of ‘Poldi Dog’ was also superimposed onto her back. 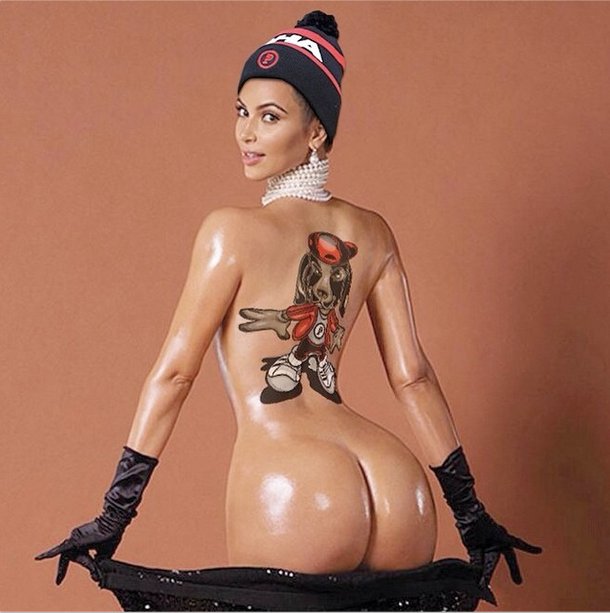 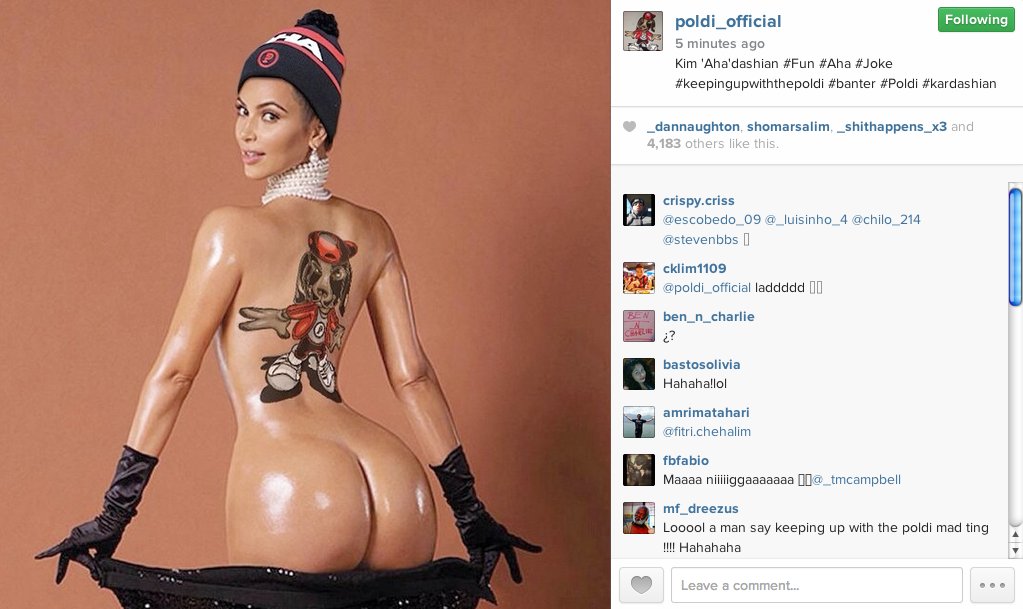