Some familiar faces in the Championship’s most coveted young players

With recent transfer speculation linking the likes of Liverpool, Arsenal and Manchester United with a host of Championship stars, we look at which players could be moving on up to the Premier League come January. 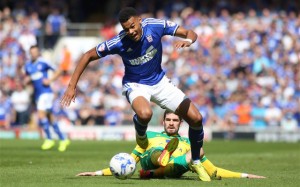 Arsenal’s search for versatile defensive cover seems to have led them to Ipswich Town’s rising star Tyrone Mings, according to the Daily Mirror.

The 21 year old can play along the back line and is seen by Arsene Wenger as a long term centre back option.

Ipswich would want £10 million for the left back and may hope for a bidding war with reports Chelsea are also interested in their search for a successor to John Terry.