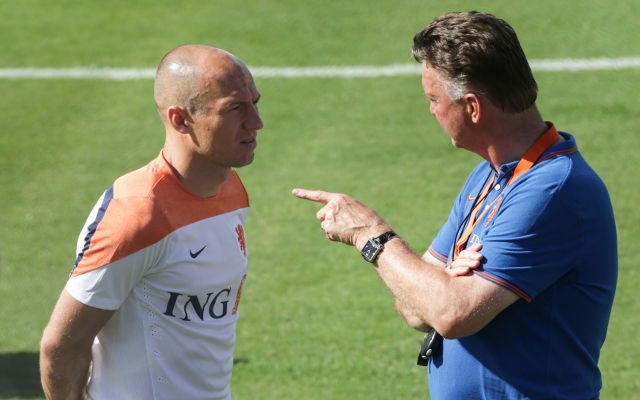 Runaway Bundesliga leaders Bayern Munich are so concerned that they may lose Arjen Robben to Man United that they are keen to tie down the Dutch winger to a new deal according to the Daily Star.

The 30 year old only signed a bumper £180k a week contract last year but the Allianz Arena side will look to offer the former Chelsea man a new deal as they fear his strong relationship with Old Trafford boss Louis van Gaal could lead to a transfer request.

Robben has proven a massive hit since leaving Real Madrid for Bavaria back in 2009, van Gaal being the Bayern Munich boss who signed the flair player, but chief executive Karl-Heinz Rummenigge is hopeful that an even more lucrative deal will keep Man United at bay.

This source claims a £24m Man United bid may be in the offing but given just how well Bayern Munich are doing it’s hard to imagine Robben would leave any time soon.

Robben is into his sixth season at Bayern Munich and has racked up an astonishing 101 goals in 184 appearances, a stunning tally for a winger, and has won three domestic doubles and secured a Champions League triumph in that period.

Van Gaal may well be keen on bringing in another wide-attacker but this move may prove tricky to complete, as would be Man United’s other rumoured winger swoop, for Real Madrid’s Gareth Bale.