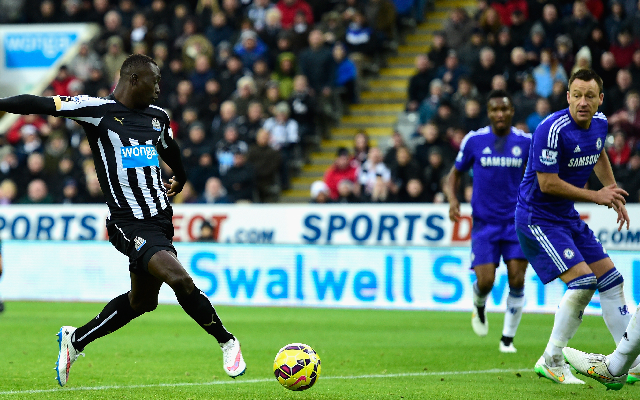 The Ivorian is on his way to the Etihad…

Swansea City have targeted Newcastle United’s Papiss Cisse as the player to replace Manchester City bound Wilfried Bony, according to the Daily Mail.

The Swans have reportedly agrees a deal of around £30 million to let Bony go to the Sky Blues, and as such are now on the lookout for someone to replace the 26-year-old. As the Premier League’s top scorer over the past twelve months with twenty goals, he will take some replacing.

The Welsh club have maintained that they will not look to sign a striker during the current transfer window, but the current Magpies man has already spoken of interest from Garry Monk’s side. The Senegal international is currently at the African Cup of Nations along with the man he could potentially replace.

‘I have one-and-a-half years left on my contract,’ Cisse told The Chronicle. “Today I focus on the African Cup of Nations, then we will see how things will evolve and my future with Newcastle. We talk about a lot of clubs, Swansea and others.”

If Cisse were to leave it would be the second blow for the Toon in a matter of weeks, as manager Alan Pardew left the club for Crystal Palace recently.