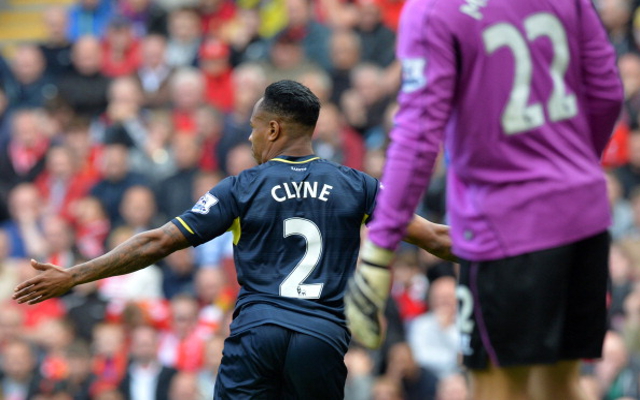 Man United will look to bring in Southampton right-back Nathaniel Clyne, with the Daily Express claiming that Louis van Gaal is closing in on a deal to capture the England man.

The 23-year-old has been in superb form this term, resulting in a call-up to Roy Hodgson’s national team set-up, and he may well be tempted by a high-profile move to Old Trafford.

Man United are said to have sent a scouting team to watch Clyne in action during Southampton’s recent win over Newcastle United.

Van Gaal did of course invest heavily in a Saints full-back, Luke Shaw, last summer, and seems keen to repeat the trick with the equally impressive Clyne.

Liverpool are also said to be keen on Clyne though van Gaal is leading the chase for the former Crystal Palace man.

One wonders if Clyne would consider a move this month given just how well his Southampton side are doing this term, with Ronald Koeman’s side sitting pretty in third place.

The right-back slot is clearly one van Gaal is keen to fill, with Everton’s Seamus Coleman being another target for the position.

Currently van Gaal has the likes of Rafael, Chris Smalling and Luis Antonio Valencia available to play at right-back, but Clyne is arguably a better fit than those already at the Dutchman’s disposal.