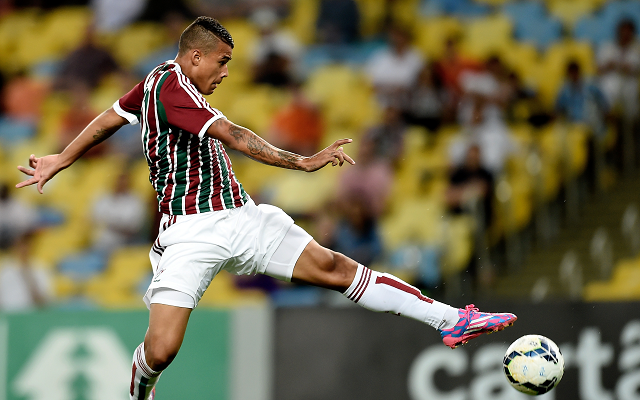 Brazil’s most promising teenager on way to Old Trafford?

Manchester United are plotting to secure the signature of Brazilian starlet Kenedy according to The Express.

United’s interest in the Fluminense starlet reportedly began after the club saw him representing his national team’s U17 side.

The youngster could become the third player from the club to join United in recent years after the signing of twins Rafael and Fabio Da Silva back in 2008.

However, Louis Van Gaal’s side are not the only European club interested in the 19-year-old.

Roberto Mancini’s Inter Milan are also reportedly interested in the Brazilian, with an initial fee of £5m being suggested.

The player himself has made quite an impact for both his club and country. In 2013, Kenedy scored six goals in the U17 South American Championship making him Brazil’s leading scorer in the competition – despite not starting the first three games.

Kenedy – who can play as both a winger or a striker – has previously spoken of his desire to move to Europe in the future. Perhaps worryingly for Manchester United fans, he revealed a particular admiration of Chelsea, citing the number of his countrymen that have graced the Stamford Bridge pitch in recent years.

“Of course I am happy to play for Fluminense but it is my ambition to one day play in Europe”, he told the Al Kass International Cup website in 2013.