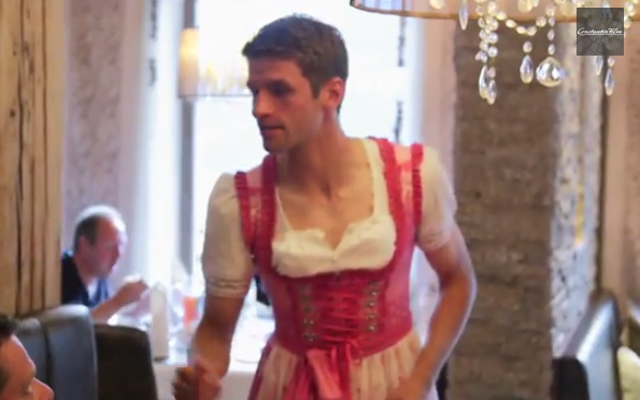 Bayern Munich star Thomas Muller has been caught on video performing what appears to be an imitation of Real Madrid superstar Cristiano Ronaldo during training.

The 25-year-old seemed to be mocking the Portuguese superstar’s rather histrionic dribbling style, almost dancing as he performed stepovers with dazzlingly quick feet.

Having won three Ballon d’Or trophies as well as every available trophy at club level, we suspect Ronaldo will not be losing any sleep.

Still, the video is pretty hilarious!