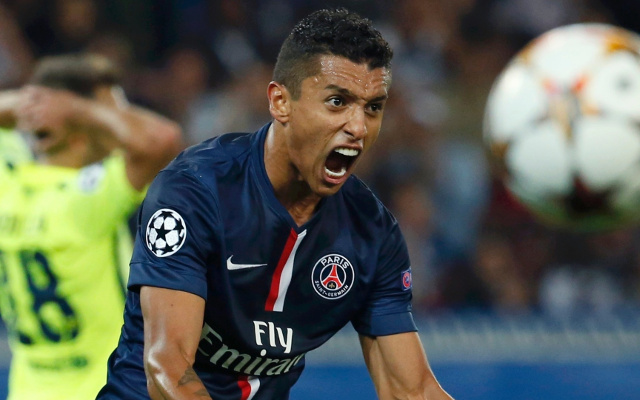 Brazilian set to sign a new contract with the French champions.

Manchester United have been delivered a blow over transfer target and Paris Saint-Germain defender Marquinhos, with the Ligue 1 outfit optimistic that they can convince the Brazilian to sign a new deal, which would run all the way until 2020.

At just 20-years-old, PSG rate the defender at a whopping £50m, having high hopes that the youngster can go on to become one of the world’s best in his position.

Red Devils boss Louis van Gaal is desperate to sign a defender in the summer, with Marquinhos and Mats Hummels, along with Southampton right-back Nathaniel Clyne, leading targets for the Dutchman.

However, there’s bad news for the former Netherlands boss as, in an interview with French TV station, Telefoot, the Brazilian confirmed his awareness of Barcelona and Man United interest, but expressed his desire to prolong his stay in Paris, saying, “Yes, Manchester United wanted me and Barcelona too. Those two clubs negotiated with PSG but the directors did not give them any option. That gave me confidence.

“The president and the coach are happy with me. It would be good to renew my contract for Paris.”