Chelsea were bailed out as an 88th minute winner from Cesc Fabregas helped Jose Mourinho’s men to a 1-0 win over QPR in the west-London derby at Loftus Road.

The Spaniard’s effort was the Blues’ only shot on target throughout the entire game, as Chris Ramsey’s men looked much more dangerous and were only denied by an inspired performance from Thibaut Courtois.

Here’s how Chelsea’s players got on:

The Belgian bounced back from being beaten from sixty yards last week to produce an excellent display. A second-half save from Matt Phillips was perhaps the one moment of real quality from a Chelsea player.

Didn’t offer the centre-backs any help in dealing with QPR’s front two in the first-half, but helped to keep them quite quiet in the second 45. 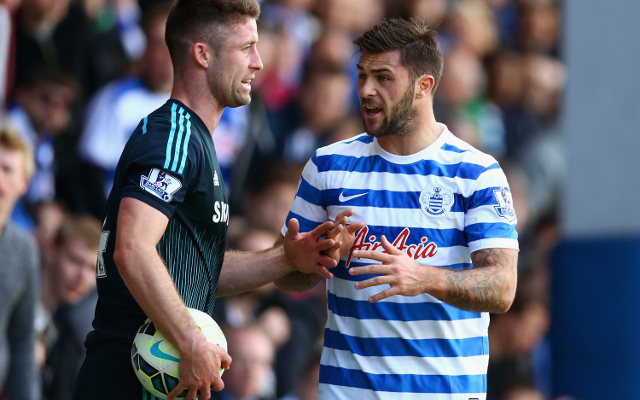 Sometimes looked like he was in trouble with Charlie Austin, but it was probably made to look that way as he was forced to deal with John Terry’s mess. He is starting to show that he is getting back to his solid best.

The skipper appeared to have a torrid time dealing with Bobby Zamora in the first-half, and was saved by Cahill on more than one occasion.