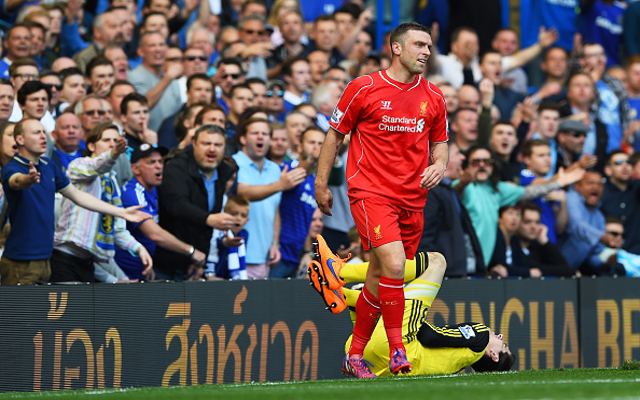 Newly promoted side AFC Bournemouth have set their sights on Liverpool forward Rickie Lambert according to the Sunday Mirror.

The 33 year old left south-coast side Southampton for his hometown club in a £4m deal last summer but has proven something of a disappointment on Merseyside.

The veteran England international has made just seven Premier League starts this term and has managed three goals in 35 appearances in all competitions and could well be set for a summer exit.

Lambert may be tempted by a move to Dean Court and one imagines Cherries boss Eddie Howe wouldn’t have to fork out a large sum to land the Liverpool man.

Prior to his move to Liverpool Lambert had proven a big hit at Southampton, netting 117 goals in his five seasons at St Mary’s, during which he played a key role in helping the Saints climb from League One to the top half of the Premier League table.

Howe’s side struck 98 goals on the way to the Championship title but he lacks player with a proven Premier League track record and Lambert may well be a cost effective option to pursue.