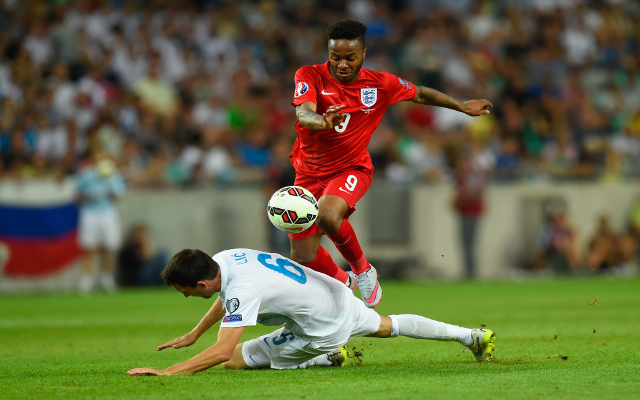 Though they failed to secure Raheem Sterling with their opening bid (via Sky Sports), Man City are confident they can land the Liverpool attacker this summer according to the Daily Mail.

The England international has stated his intention to leave Liverpool (via the BBC) and with two years left to run on his current contract, the Reds may choose to cash in while he’ll still command a significant fee.

However, Liverpool want £50m for the 20-year-old, the report says, and this valuation could prove tricky given Sterling’s stance on his future at the Merseyside outfit.

Man City believe and offer of £40m could be enough to secure Sterling according to the Daily Mail though, but the club have yet to offer that amount as an official bid.

Having meekly surrendered their Premier League title to Chelsea, City may well be looking to secure signings this summer that could act as a real statement of intent, with the Daily Mail article also reporting the Sky Blues’ interest in £60m rated Juventus midfielder Paul Pogba.

Sterling’s desire to leave Liverpool leaves the club in a difficult situation, of course.

Whilst the club’s owners and management staff may well want to keep hold of him, they will also have to consider the possible disruption that could be caused by retaining a player who has made it clear he wants to depart.

The chances of keeping Sterling will have been knocked further by Liverpool’s inability to secure a Champions League berth for 2015/16 and the financial ramifications of this failure could further fuel the necessity to cash in on the former QPR youth team star.

Sterling made 52 appearances in all competitions in 2014/15, netting 11 goals and providing nine assists in the process. If he were to sign for City, he’d be especially valuable because of the homegrown quota, and his potential to develop into one of Europe’s best attackers.

His pace and dribbling offer something different to Samir Nasri and David Silva, too.