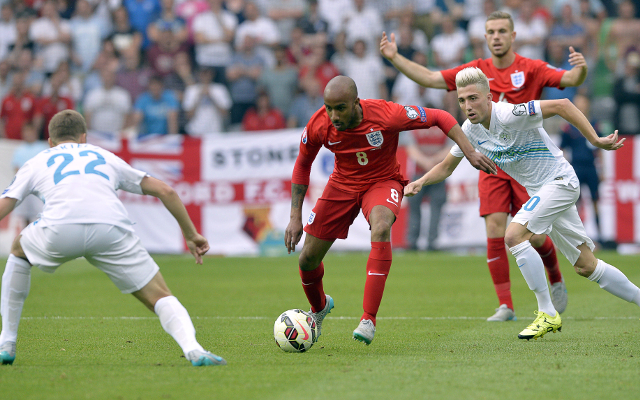 Manchester City have followed up the signing of Raheem Sterling by confirming the capture of his England international teammate Fabian Delph from last season’s FA Cup finalists Aston Villa.

The Blues confirmed the news via their official Twitter account on Friday evening as Delph becomes the manager Manuel Pellegrini’s second major signing of the summer transfer window.

Manchester City are delighted to announce Fabian Delph has joined the Club from @AVFCOfficial #WelcomeFabia… https://t.co/fOUxH2n8OU

Delph’s arrival at the Etihad Stadium is certainly clouded in controversy as he turned down the chance to sign for the club last week, citing he wanted to remain loyal to Villa, however just six days later in was reported by various media outlets that a deal was back on.

The box-to-box midfielder is set to provide competition to the likes of Yaya Toure and Fernandinho for a place in the engine room at City and will be hoping for regular action in the upcoming season, otherwise his place in the England squad for next summer’s European Championships could be under threat.

Last season Delph made 28 league appearances for Villa and his last goal for the club came in the FA Cup semi-final victory over Liverpool at Wembley back in April.