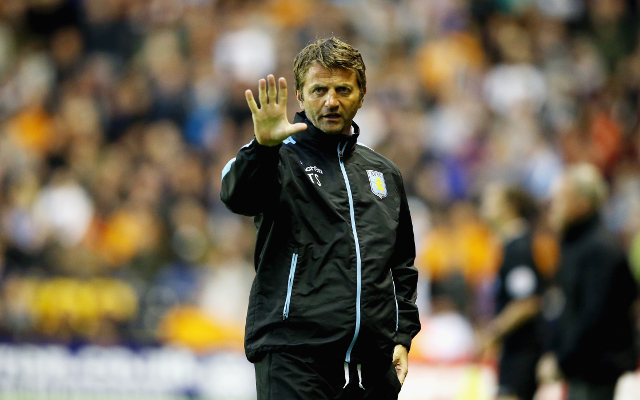 The 31-year-old failed to impress in Mauricio Pochettino’s first season in charge of the North London club and has fallen down the Tottenham pecking order.

Adebayor’s return of two goals in 13 Premier League appearances has left Tottenham looking to sell the former Arsenal man with the experienced marksman’s massive wage demands an added motivation as chairman Daniel Levy looks to find a buyer for the striker (via the Daily Mail).

Villa Park boss Tim Sherwood has seen his top-scorer Christian Benteke leave for Liverpool and as such needs to bring in a fresh striking option.

The Aston Villa manager got the most out of Emmanuel Adebayor during his brief spell in charge of Tottenham with the Togo international bagging 11 goals in 20 Premier League starts in 2013/14.

Sky Sports claim Emmanuel Adebayor has been spotted at Aston Villa’s training ground and is set for a medical with the Midlands side.