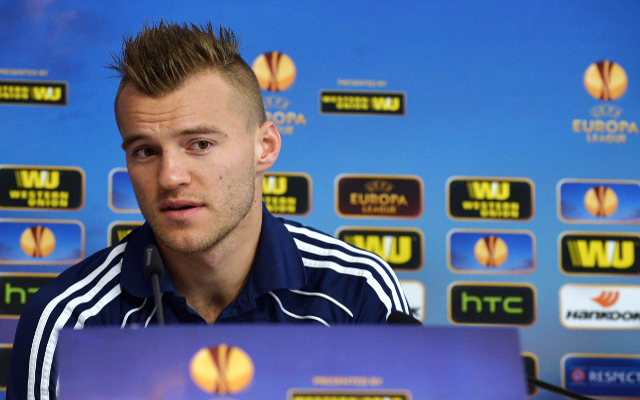 Tottenham Hotspur have made an offer for Ukraine international Andriy Yarmolenko, according to the Metro.

The Dynamo Kiev winger has already become the subject of interest from Stoke City [via the Daily Mail] and is in a good run of form having helped his NSC Olimpiyskiy side to a domestic title last term.

Yarmolenko bagged 18 goals in all competitions last term, proving effective in domestic and Europa League action, and is a feared finisher when cutting in from out wide.

Totteham wingers Aaron Lennon [via the Daily Telegraph] and Andros Townsend [via the Daily Mirror] have both been linked with summer exits, with the attacking duo failing to impress at the North London side last season.

Spurs paid a club record £30m for the Argentine international [via the Daily Mail] and his return of two goals in 38 Premier League appearances has led to talk of a possible exit, with FC Porto linked with a move for the former AS Roma man [via Record].