Important in breaking up Tottenham’s attacks, Chris Smalling had a good game at the back for United in a tight match. 7/10.

A fine performance for his first game as a centre-back, Daley Blind looks like he could be a useful option in this new role for 2015/16. 7/10.

Showing his importance to United, Michael Carrick started this match and gave a good account for himself as he looks to keep his place in the team against more competition this term. 7.5/10.

A good debut, Morgan Schneiderlin was strong in the tackle and kept the ball moving well for United in his first game for the club, showing he’ll be a top class signing. 7.5/10. 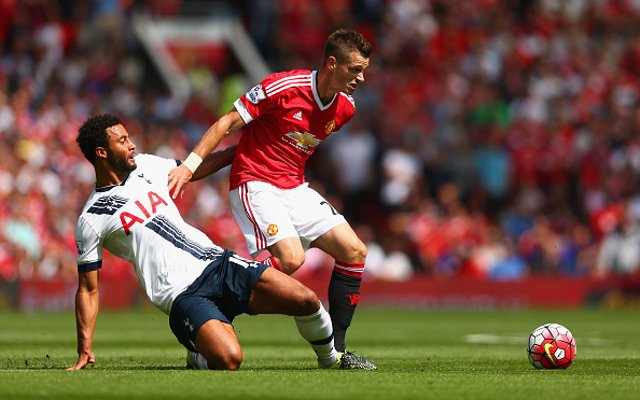