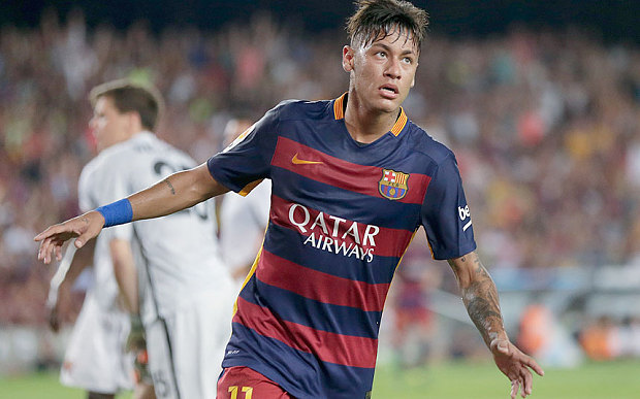 Louis van Gaal is said to be keen to bring in a world-class striker to spearhead his Old Trafford attack and chief executive Ed Woodward will look to lure 23-year-old Brazilian Neymar away from the Nou Camp.

Man United have scored just two goals in their opening three matches of the season and Wayne Rooney, who has been used in a central striking role, has now gone ten games without a goal.

Neymar is unlikely to want to leave Barcelona given the success he has enjoyed at the Catalan club and Luis Enrique would be loathe to consider the sale of the former Santos man given the importance of the prolific South American as part of his three pronged attack alongside Lionel Messi and Luis Suarez.

Neymar scored 39 goals in all competitions last season as Barcelona romped to a La Liga, Copa del Rey and Champions League treble and is just one of a number of high-profile targets Man United are currently linked with, a list that includes Real Madrid’s Gareth Bale and Bayern Munich forward Thomas Muller.