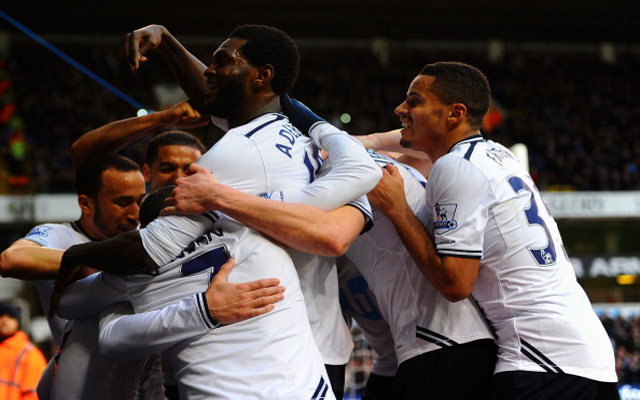 Former Tottenham Hotspur hitman Emmanuel Adebayor looks to be on the brink of a move to Aston Villa, according to reports.

The troubled Togo frontman, who has previously represented Arsenal,  Manchester City, AS Monaco and Real Madrid, was released from his contract at White Hart Lane at the end of the summer transfer window, and is yet to find a new club.

While the West African is likely to have hefty wage demands, his experience, residual quality, and the fact that he would command no transfer fee, will surely appeal to various clubs across Europe.

According to the Daily Star—quoting Sky Bet—Villa are the favourites to secure the forward’s signature.

He was linked with a move to Villa Park during the summer—to link up with former mentor Tim Sherwood once again—but even despite the coach’s departure, Adebayor could still move to the Birmingham giants.

Watford boss Quique Flores—who has former Tottenham players Heurelho Gomes and Etienne Capoue on his books—recently refused to rule out a January move for the free agent.