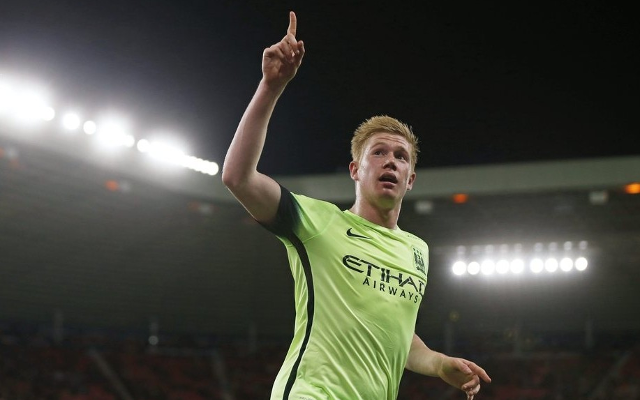 Aside from perhaps Floyd “Money” Mayweather, there aren’t a lot of professional athletes that talk about their own stats a lot on social media. So when Manchester City scoring machine Kevin De Bruyne decided to buck the trend and do so himself it was certainly noteworthy.

On Tuesday, De Bruyne retweeted an image from Unibet Belgium apparently complimenting him on “beautiful statistics” (as translated by Bing on Twitter). The image noted that in 24 competitions for Manchester City he has scored 10 goals and made 10 assists through all competitions.

What makes the social media share a bit more curious is that De Bruyne seldom uses his official Twitter account at all – the stat retweet was only his 10th posting since December. As of writing De Bruyne has approximately 680,585 followers on Twitter.

Man City acquired De Bruyne from VfL Wolfsburg in the most expensive transfer of 2015 – a whopping £55 million deal that was also the second-highest transfer ever made in the Premier League.

De Bruyne’s impact for the team was almost immediate, scoring his first goal in just his third match with the team and ultimately recording three games with one goal and two assists for the Citizens.