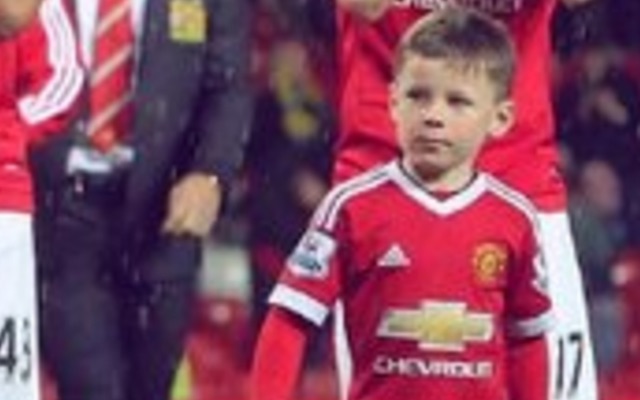 Wayne Rooney’s eldest son Kai is six – 10 years younger than his dad was when he scored his first Premier League goal for Everton.

Kai got his own taste of Premier League action on Tuesday night (sort of), when he joined the Manchester United team on their end-of-season lap of appreciation following a 3-1 win over Bournemouth.

Rooney Jr strutted around with supreme confidence, acting like he belonged on the Old Trafford turf.

Something about this pic of 6-year-old Kai Rooney dressed EXACTLY like his old man. Under-armour & boots even match! pic.twitter.com/XvSmNONZVA

And, to be honest, he looked like he belonged there.

Kai was dressed exactly like his record-breaking dad from head to toe.

Not only was he kitted out in the full United home strip – with name, number and badges – he was even wearing the same under-armour and boots as his old man.

The likeness between father and son is rather scary.

What’s scarier is that it probably won’t be long before this little boy is terrorising Premier League defences for real!