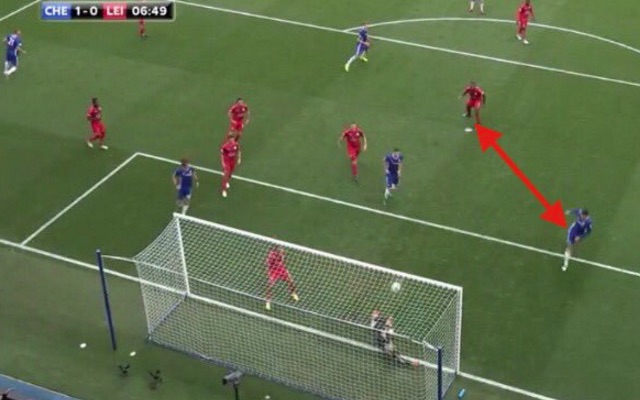 Leicester City captain Wes Morgan was hailed as one of the best centre-backs in the Premier League last season but he has since been exposed as pretty awful.

That is because a referee clamp-down on touchy-feely defenders has rendered Morgan practically useless at defending set-pieces.

Morgan stood motionless this afternoon and allowed Diego Costa to cruise away from him to score the opening goal at Stamford Bridge.

You wouldn’t think it was possible to stand still spectacularly.

But just look at how awful Morgan’s movement is.

Was there glue on that penalty spot?