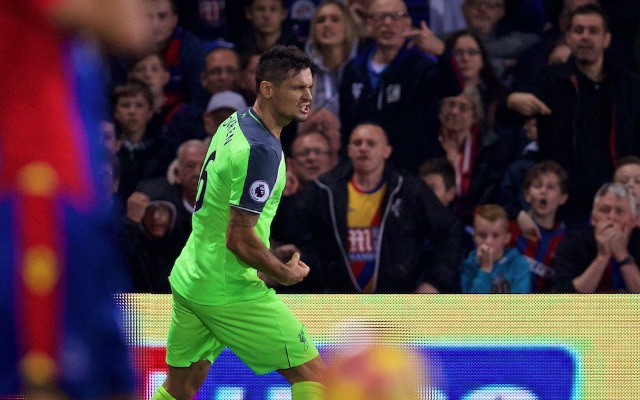 Liverpool defender Dejan Lovren is reportedly ‘racing to prove his fitness’ as he returned to training this week ahead of the showdown with Arsenal on Saturday.

The 27-year-old hasn’t played since the draw with Chelsea on January 31, as a troublesome knee injury has kept him on the sidelines.

Although there were no such initial fears that it could be a lengthy absence for the Croatian international, The Sun report that he flew out to Germany last week to see a specialist about the issue.

Fears over ligament damage were quickly dismissed, but it hasn’t helped in terms of finding a solution to get him back on the pitch as he stayed behind while his teammates went on their training trip to La Manga during their recent break.

Jurgen Klopp will be desperate to have him back, as aside from the obvious fact that playing Lucas Leiva in the heart of his defence instead of Lovren is a real vulnerability, the results without the former Southampton man prove that it isn’t just an opinion.

With Leiva playing in defence, Liverpool lost 2-0 at Hull last month, while they suffered a disappointing 3-1 defeat at Leicester City earlier this week.

As a result, the quicker that Lovren can come back the better to offer the side more defensive solidity, while Jordan Henderson is expected to be out as he continues his recovery from a foot injury.

As a result, Arsenal will be buoyed by the fact that there are clear weaknesses in this Liverpool team, but it remains to be seen whether or not they can exploit them and make the most of them to claim all three points at Anfield on Saturday evening.