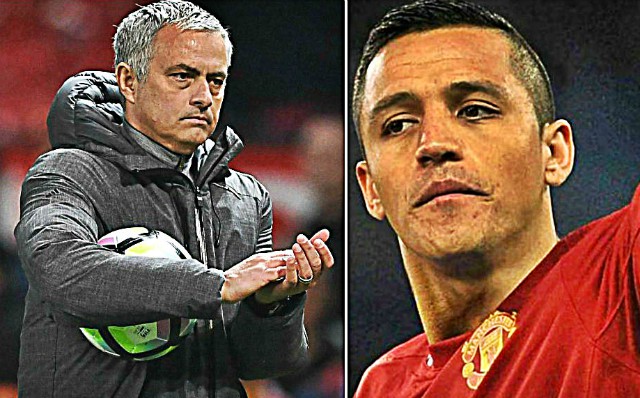 The end of Alexis Sanchez’s spell at Arsenal is seemingly upon us as reports claim the Man Utd bound star has said goodbye to his teammates.

As noted by BBC Sport earlier on Friday, United boss Jose Mourinho had conceded that he was waiting on news of a possible deal for the Chilean international as his switch from Arsenal entered the final stretch.

However, with Arsenal facing Crystal Palace at the Emirates on Saturday and with Sanchez involved in the squad for Arsene Wenger, it appeared as though any hope of a transfer being completed this weekend was over.

The Mirror claim otherwise, as they report that the 29-year-old has said his goodbyes to his soon-to-be ex Arsenal teammates and left the team hotel at around 11pm.

That in turn could have a knock-on effect for Henrikh Mkhitaryan who is tipped to move in the opposite direction, as noted in the report, and so there could be movement in the coming days.

Sanchez’s current contract with Arsenal expires at the end of the season, and so the Gunners are arguably doing the sensible thing by cashing in on now while they can and getting a good deal for themselves rather than losing the 29-year-old for nothing in the summer.

His form has dipped badly this season compared to last year when he was a talismanic figure up top for the north London giants, as he’s managed just eight goals and four assists in 22 appearances.

As a result, it seems like a good move for Arsenal if they can bring in Mkhitaryan as part of the deal or separately to add creative quality in the final third, albeit the Armenian playmaker hasn’t managed to display his best form in England to this point.

However, with The Sun noting how Arsenal could also swoop for Pierre-Emerick Aubameyang, pairing the two back up after their successful stint together at Borussia Dortmund could be a stroke of genius.

Mkhitaryan registered 23 goals and 32 assists in the 2015/16 campaign, his last in Germany, while his former teammate scored 39 goals and provided 12 assists in the same year. If they can replicate that kind of form together at the Emirates, losing Sanchez might not seem like the worst thing in the world.