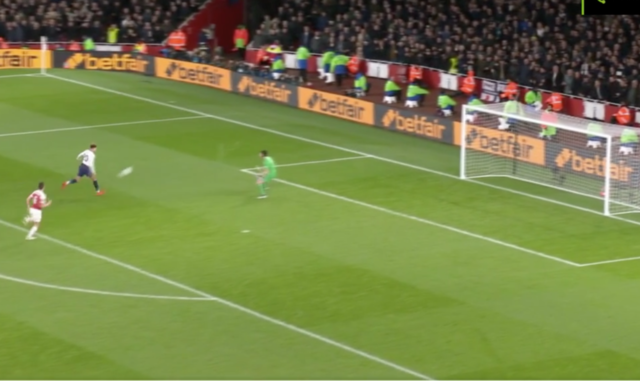 Dele Alli scored a superb lob against Arsenal tonight to all but seal Spurs’ place in the semi finals of the League Cup.

Mauricio Pochettino’s side were already 1-0 up thanks to a fine finish from Heung-Min Son, with Alli’s goal giving their chances of making it into the next round a massive boost.

The goal came after a great pass from Harry Kane was brought down by Alli, who chipped Petr Cech in the Arsenal to double his side’s advantage.

Alli’s cheeky finish can be seen below. The audacity to try something like that!

Harry Kane vision for the assist. Alli's finishing with that chip. What a goal like wth. #ARSTOT pic.twitter.com/6yfEMBpMTs