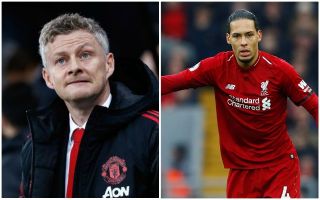 As reported by the Daily Mail, Solskjaer is Van Dijk’s landlord, but it seems the Dutchman need not worry about having to leave as they have a contract, according to Solskjaer in this video below.

Ole: "I'll always be myself. I'm not going to change. We'll do this together." #mufc [beIN] pic.twitter.com/eQ7cATg7YO

After first answering questions about his aims for the club, the new Red Devils boss was also asked about the Van Dijk situation.

Kris Voakes interpreted it as a good thing, anyway! That said, we’re sure Van Dijk wouldn’t struggle to find something else…

Ole says he won't be kicking Van Dijk out of his house… "We have got a contract there!" #MUFC