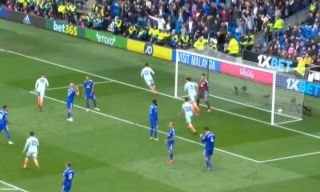 Chelsea midfielder Ruben Loftus-Cheek scored a dramatic late winner for the Blues as they came from behind to beat Cardiff City 2-1.

The England international did well to head in Willian’s cross in the closing stages, giving Chelsea a win they barely deserved after a poor display.

Cardiff went ahead early in the second half, but face a huge fight to stay in the Premier League this season after a late comeback from Chelsea.

Cesar Azpilicueta scored a controversial equaliser which looked offside by some distance, and now Loftus-Cheek has done enough to bring all three points back to west London.