Arsenal are reportedly closing in on a transfer swoop for Gremio winger Everton Soares, who is set to undergo medical examinations with the club.

According to the Brazilian edition of Fox Sports, as translated by Calciomercato, Arsenal are edging closer to completing a deal for Everton for an initial fee of around €28million, with another potential €12m in add-ons.

And in a somewhat unusual move, the report claims the 23-year-old will undergo his medical tests with the Gunners in Brazil instead of travelling to England to finalise this procedure.

Arsenal fans won’t mind, however, and will surely just hope this bargain signing can be done soon as Everton looks one of the most exciting young attacking players in the world at the moment.

The Brazil international really caught the eye for his country as they won Copa America this summer, and is surely now ready for a big move to Europe. 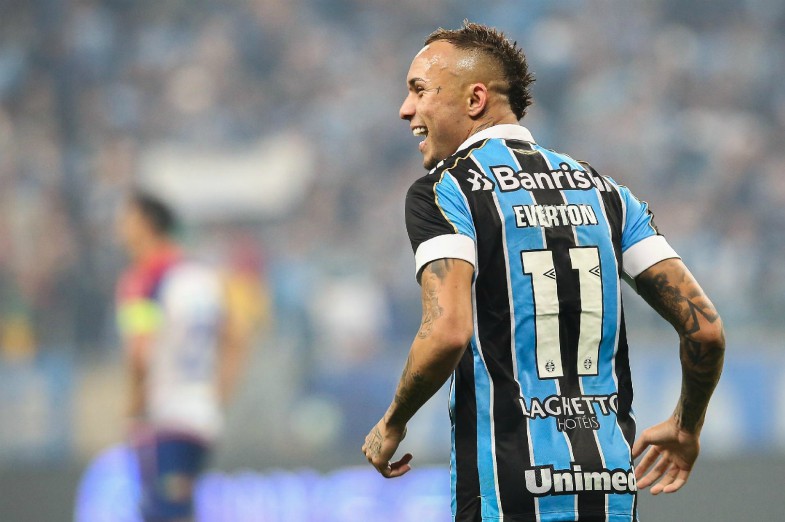 Everton looks to be closing in on a transfer to Arsenal

Neither were at all good enough last season, and a signing like Everton could be just what’s needed to help Emery’s side break back into the top four in 2019/20.