Real Madrid are said to be eyeing up a move for Arsenal and Gabon forward Pierre-Emerick Aubameyang, as Los Blancos look to bolster their attacking options.

Aubameyang has been one of the most form players in the Premier League ever since moving to the Gunners from Borussia Dortmund in January 2018.

The Gabon international was brilliant last year, as he bagged 22 league goals, something that saw him share the Premier League Golden Boot with Sadio Mane and Mohamed Salah.

And now, it seems like Aubameyang’s lethal form in front of goal has caught the eyes of none other than Real Madrid.

As per Don Balon, Los Blancos are eyeing up a move for the 30-year-old attacker, with the player set to cost Zinedine Zidane’s side around €60M.

Given this, it seems like Real are on the lookout for players to bring in in order to bolster their attacking options despite them seriously adding to them this past summer.

Real brought in the likes of Luka Jovic, Eden Hazard and Rodrygo this summer, however none of these have managed to hit the ground running at the Santiago Bernabeu, something that seems to have prompted the club to get on the lookout for other potential attacking signings. 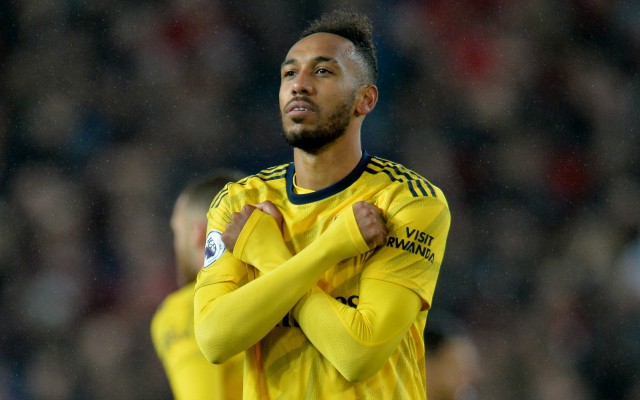 Real are eyeing up a move for Arsenal goal-machine Aubameyang

Given that Real currently have Jovic, Benzema and others to choose from in attack, one wonders whether it’d be worth paying €60M to sign a 30-year-old in Aubameyang when there’s other areas of their squad that need bolstering even more.

Real’s midfield options are lacking somewhat, and they’d surely be better off spending that €60M on more players to choose from in the middle of the park as opposed to up front…