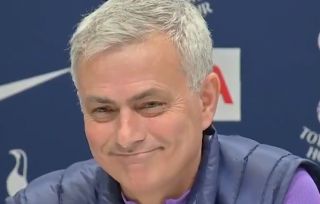 Tottenham defender Jan Vertonghen is reportedly open to discussing a new contract with the club with his current deal set to expire next summer.

The 32-year-old has been with Spurs since 2012 and has gone on to make 294 appearances for the club having established himself as a key figure.

However, question marks have been raised over his future in north London given his current contract will run down at the end of the season, and so time will tell whether or not he extends his stay.

According to Sky Sports, Tottenham have received a boost in that the Belgian international is at least keen to sit down and hold talks over a renewal, and so time will tell when that happens and whether or not it leads to an agreement being reached between the two parties.

Formal talks are yet to begin though as per the report, and so with Vertonghen able to talk to other clubs from January onwards, Tottenham will surely want to press ahead with their plans to offer a renewal if they intend on keeping the stalwart at the club beyond this season.

It’s a tricky time for Tottenham as although they’ve started well under Mourinho after he replaced Mauricio Pochettino at the helm last week, they still have contract issues to sort out with a string of senior players coming to the end of their respective deals.

That said, if like Vertonghen they are keen to talk about reaching a new agreement, then it could lead to some extensions being agreed in the coming weeks as they look to keep their top players and potentially build on that moving forward while trying to end their wait for trophies under Mourinho.