Chelsea fans – you’re going to love this. Thiago Silva may currently be away with Brazil on international duty, but he’s still reppin’ his club side on his shin pads.

Silva joined the Blues in the summer transfer window, with Frank Lampard adding some much needed experience to his leaky back-line, which was Chelsea’s Achilles heel throughout last season.

The Brazilian was imperious for PSG as they reached the Champions League final last term, proving he still has plenty left in the tank, despite now being the wrong side of 35.

If he continues to perform as well as he did against Crystal Palace before the international break, Chelsea fans won’t need long to fall in love with their new centre-half.

Especially if he continues to represent Chelsea while away from Cobham, just as he did when he showed off his custom Chelsea shin pads on his Instagram story while away with Brazil. 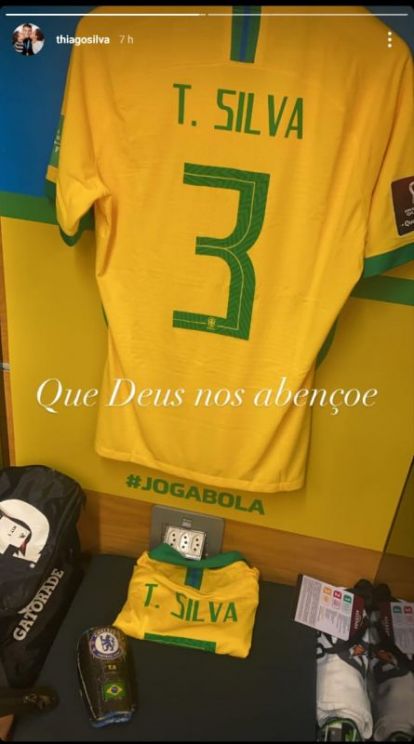 Silva appears to be jumping into life in West London with both feet – which Chelsea fans will love to see.