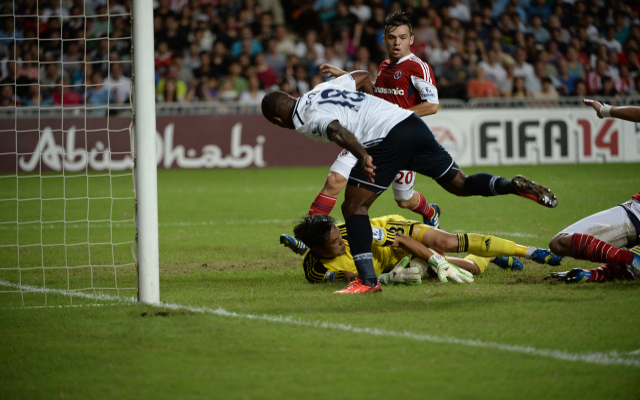 Tottenham striker Jermain Defoe believes his good pre-season form will stand him in good stead for the start of the Premier League season according to Goal.com.

The England striker has been hitting the back of the net on regular occasions during the club’s summer friendly matches and he hopes to hit the ground running once the new season starts.

Defoe claimed himself a hat-trick on Saturday as Spurs defeated South China 6-0.

Tottenham have been linked with a number of top strikers this summer as it has been no secret that boss Andre Vilas-Boas has been keen to bring in attacking reinforcements.

The Portuguese manager reportedly grew frustrated at the lack of goals coming from his strikers last season and is keen to add some competition to the attacking ranks.

Defoe started last season in blistering form but failed to keep that going beyond the New Year.

His return of eleven goals in 34 games is still a respectable one, but Vilas-Boas knows the club will need a more consistent goalscorer if they are to maintain their current levels of success should Gareth Bale leave the club.

Tottenham have reportedly agreed a deal with Valencia to sign Spanish striker Roberto Soldado, and he is due to arrive at White Hart Lane in the coming days.