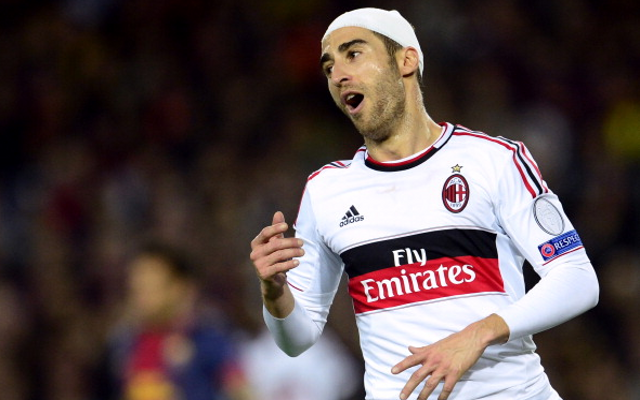 Flamini was at Arsenal for four seasons before moving to AC Milan but looks set to be back at the Emirates before the transfer window closes.

Arsenal are close to re-signing midfielder Mathieu Flamini as Arsene Wenger looks to add some quality players to his squad before the transfer window closes on September 2nd, the Guardian reports.

Flamini is currently a free agent but reports suggest that the Gunners are close to agreeing a deal with the French midfielder meaning he could be available for Arsenal’s Premier League fixture against Fulham on Saturday.

Arsene Wenger is determined to improve his squad before the end of the transfer window and he has already moved to sign Real Madrid Angel Di Maria and Karim Benzema.

However, Flamini looks like he will be back at the Emirates before a deal can be agreed for the Real Madrid pair, with Wenger wanting to re-sign the midfielder in order to strengthen his midfield.

Arsenal may still continue their pursuit of Cabaye but Wenger feels that he needs to add re-enforcements to his squad as quickly as possible.