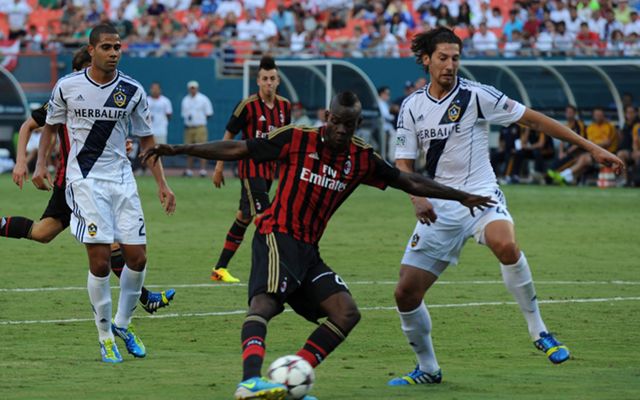 Question marks are already been raised about the Italian’s future at San Siro.

Liverpool are said to be monitoring controversial AC Milan front man Mario Balotelli’s current situation at San Siro with a view to possibly making a surprise cut-price move for the Italian when the transfer window does finally open once again for business for the year in January, according to reports in the Mail on Sunday.

The 23-year-old has only been with the Serie A giants since  the turn of the year, with Balotelli joining the Rossineri from Premier League outfit Manchester City on a four-and-a-half-year deal for an initial fee of 20 million euros.

And in the short time that ‘Balo’ has been at Milan, he has already proved himself to be an excellent addition to the club’s forward line, with the striker having so far found the back of the net on 16 occasions in total in just 20 matches in all competitions, including an equally impressive 15 strikes in only 17  league encounters for his new team.

However, as has always the case with Balotelli and any club that he has played for, with the good inevitably also comes the bad, and the Italian has already been involved in a number of disputes with his team-mates and opposition players alike during his eight months at the club, including recently being hit with a three-match ban after insulting the referee following last Sunday’s home loss to Napoli.

All of which has led to suggestions that Milan may now try and offload Balotelli for a cut-price £12m in the new year, with Liverpool and Arsenal both believed to be interested in signing the bad boy for that knock-down figure should he be made available by the Italians.