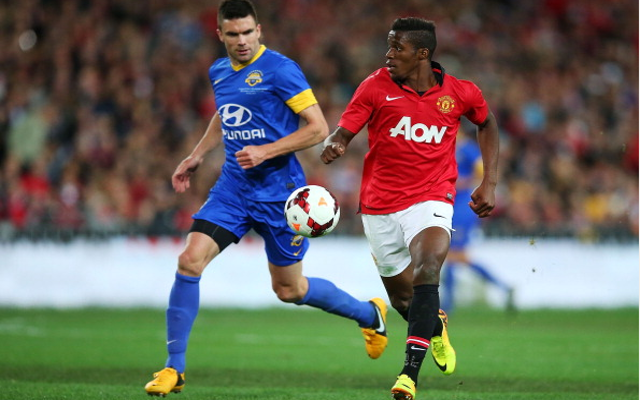 Check in to Juventus vs Genoa

Juventus could make a surprise bid to take unsettled Manchester United youngster Wilfried Zaha on loan this January, according to talkSPORT.

The England Under-21 international has failed to make an impression at Old Trafford this season since joining the Premier League champions from Crystal Palace, and is widely expected to be made available for loan by manager David Moyes for the second half of the campaign.

This has seen the likes of Newcastle and Fulham show a strong interest in snapping him up to give Zaha a chance of regular first-team football, but it has now emerged that he could get a chance with Italian champions Juventus.

Juve boss Antonio Conte is known to be on the lookout for new attacking players this January, and this has also seen the Turin club linked with Blackpool starlet Tom Ince.

United may have some reservations about seeing another one of their best young players moving to Juventus, with the club famously losing Paul Pogba to the same team last year, with the French midfielder going on to enjoy great success in Italy after never being given a chance for the Red Devils.