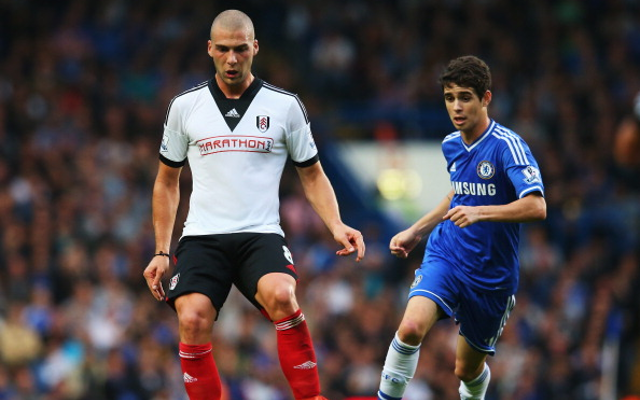 Turin giants have been monitoring the Swiss for some time now.

Check in to Southampton FC vs Fulham

Serie A champions Juventus are planning on making a surprise bid for Fulham midfield player Pajtim Kasami when the winter transfer window finally opens again for business in the new year, according to reports in the Sun.

The promising Switzerland international scored one of the goals of the season for the west London club in their 4-1 win against rivals Crystal Palace in the Premier League at Selhurst Park on Monday night.

And now it is understood that the ‘Old Lady of Italian Football’ will move for the 21-year-old, who has a contract at Craven Cottage that runs until June 2015, at the turn of the year.