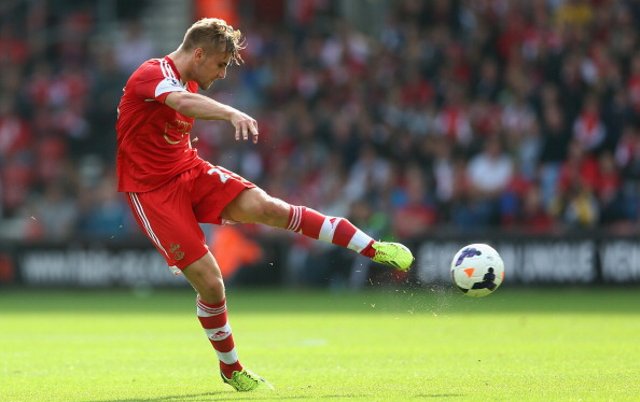 Returning Chelsea head coach Jose Mourinho has already made his intentions clear by dropping England international Ashley Cole to the substitutes’ bench of late after a string of poor displays by the left back, and now reports are beginning to emerge in the press that the self-styled ‘Special One’ is lining up a January swoop for the young Saint.

Shaw, 18, only just put pen to paper on a new long-term deal at St Mary’s last summer that will keep the England Under-21 international on the south coast until June 2018, meaning ‘Mou’ may need to break the bank in January in order to persuade high-flying Southampton to part company with their defensive starlet.