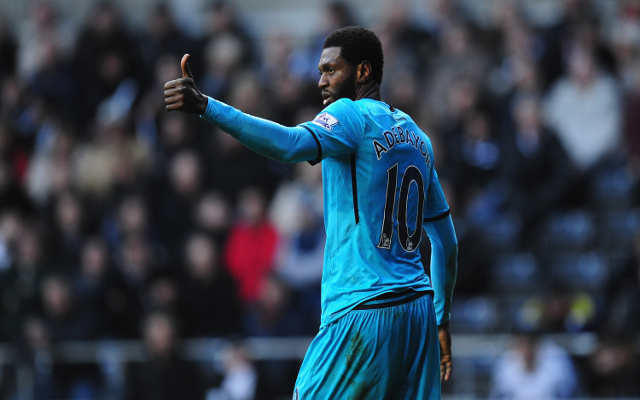 Emmanuel Adebayor openly questioned Andre Villas-Boas’ practices in front of the rest of the Tottenham Hotspur squad, and so was dropped for much of the first half of the season.

Upon being restored to the starting line-up by AVB’s successor Tim Sherwood, the Tongan has played a starring role, scoring eight times and providing two assists in his 905 minutes on the pitch.

Given that he only started playing again in December, Adebayor ought to be the freshest of the top five teams’ top scoring centre forwards.