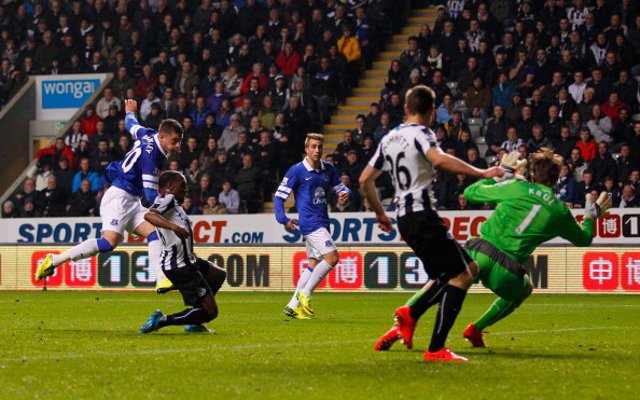 Check in to Manchester City vs Southampton FC

Man City are to push on with efforts to sign Everton midfielder Ross Barkley and Southampton teenager Luke Shaw as Manuel Pellegrini looks to increase the ‘homegrown’ contingent of his Etihad Stadium squad.

The Daily Express claims that the Premier League title chasers are in search of players who can help them meet homegrown player quotas, with each club having to have eight such players in their 25 man squads.

With the futures of Joleon Lescott, Micah Richards, Gareth Barry, Jack Rodwell and Scott Sinclair all up in the air one can see why Pellegrini would target two of the hottest young English talents around.

Left-back Shaw is said to have a price-tag of £30m and though clearly money is not much of an issue for Man City that valuation seems very steep for a player of 18, albeit a player with obvious potential.

Ross Barkley would be a very useful capture though one wonders how he would fit into Pellegrini’s side and the Toffees starlet may be better off continuing to secure the regular first team football he currently enjoys at Everton as he may end up warming the bench at Man City for long periods.